Enter your City name or Pincode

Arambagh in Hoogly district in West Bengal is a town and municipality. This city is headquarters of the sub-division of Arambagh. Being near to Kolkata the city has expended much in recent decades. There is lot to explore in this part of West Bengal. Through this article you will come across various aspects of this town of West Bengal and that too in detail. Earlier the name of Arambagh was Jahanabad, which later got changed to Arambagh. The meaning of Arambagh is 'The Garden of Rest' or 'Comfort Garden'. 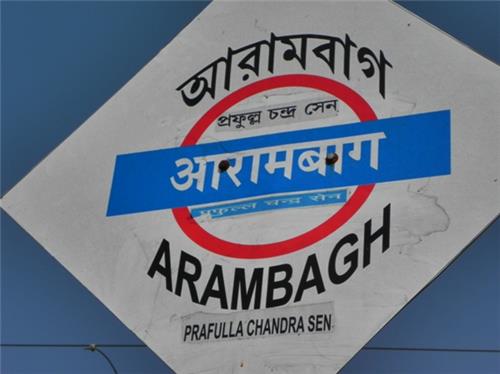 Arambag is situated with an average altitude of 15 meters over the link road that is just 81 kms from the NW of Kolkata. This City lies between the latitude and longitude of 22.88° N and 87.78° E respectively. Arambagh is ourskirted by many blocks along with some of the trees all around the city. Arambagh experiences tropical climate. Both summers and rainfall have very little rainfall, apart from the rainy season. The average temperature is found to be 26.5 °C; while, the average rainfall is 1175 mm. The average temperature is said to be the highest in the month of April, with 30.9 °C. While, the month of January is the coldest month, with average temperature of 19.7 °C. The minimum amount of rainfall occurs during the month of December; but the average rainfall that occurs in this month is 1 mm, and maximum rainfall will be during the month of July, with an average 265 mm. Also, the Rainfall varies between the driest and wettest months, which is approximately 264 mm, and temperatures vary by 11.2 °C.

In Arambagh, you can buy many things such as garments, furniture and Jewelery items as well as electronics, footwear, handbags, stationary, and many more. You can even purchase florists, food products and other products. You can either shop in small shops or move to the nearby shopping malls to buy more items.

Transportation in Arambagh is very much comfortable and can be reached by different means of transport such as Railways, Airways and Roadways.  There are very few railway lines that connect to the Tarakeshwar side from the Tarakeshwar Bishnupur Railway Lines that ends via Arambagh. Also, Sealdah Railway Station is very close to Arambagh and is just 82 kms (i.e, 51 miles) and hardly takes 1 and 1/2 hours to reach this destination. One can also visit Arambagh through the nearest Howrah Railway Station that is just at a distance of 12 kms away from the city and is very well connected to major parts of the India. From Howrah, you can catch taxis or buses to reach Arambagh destination from the railway station of Howrah. Some other major Railway Stations which are too near to Arambagh are the Burdhaman Junction (BWN) which is just 41.7 kms from Arambagh, another Junction is Mecheda (MCA) that is 52 kms from the city, and other one is Bandel Junction (BDC) which is 60.91 kms from this Arambagh destination. Also, Mayapur Rail Way Station and Arambagh P C Sen as well as Hooghly Junctions are the major railway stations which are very well-connected to Arambagh. However,  Barddhaman or Burdwan Junction (BWN) is the nearest destination (41.7 kms) from any other railway stations. When you choose Airways to reach Arambagh, you must select Netaji Subhas Chandra Bose Airport, which is very close to the Arambagh city, and no airport is available at Arambagh. You can even reach the Arambagh Bus Terminal which is located at the Ahilyabai Holkar Road, as well as Vidyasagar Bus Terminal that is situated very near to the Arambagh bus stand.

Arambagh is not just famous for its beauty, but also due to its business and economics. The city of Arambagh has reached on top position in trading the non-veg food, especially the chicken products. Other business activity that has improved the city's economical level is the agriculture of rice and potato. However, the chicken business has gained global popularity since several years.

When healthcare in Arambagh is considered, you will not find it difficult to get proper treatment at right time, as there are many hospitals, and small healthcare clinics are established all over the city. You can find dental clinics, eye clinic, as well as some other types of general clinics at this city of Arambagh. Government is planning to set up a new hospitals taking healthcare services to next level.

Several food items are prepared in Arambagh. Typical Bengali food served here included fried vegetables, along with sabji, curry, as well as various types of green or other vegetables, such as daal and fermented rice, etc. There are several kinds of meat curry, egg curry, as well as the local pond fish curry, along with the homemade phulkas and roti. One can find special type of various rice items, the staple food of Bengal. The main reason for preparing rice items is that, people grow more rice items in the Hooghly district of Arambagh.You can also enjoy the taste of jalebi, rosogollas, as well as the boondi, which are very popular sweets of Arambagh. There is also a kind of special sweet dish known as 'Babursah' that is found at a border place of the city of Arambagh. If you visit this place during winter season, you must have the traditional Bengali food such as Bhapa Pitha, as well as the lip smacking udher Pitha, Teler Pitha and Pati Shapta, apart from the Dhup Pitha.

Culture of Arambagh is just a reflection of the state of West Bengal. Most of the festivals celebrated in the state is also followed in the entire city of Arambagh. Travelling to the city during Durga Puja can be really exciting. Being near to state capital Kolkata, you can even explore the famous Puja Pandals of the state. When you visit this place of Arambagh, you can also visit Burdwan, as well as Mayapur and Sankarpur, Bardhapur, etc. You will certainly enjoy visiting this beautiful destination which includes various places of Arambagh.

Are you a Business Owner?

Add the products or services you offer